Is ‘Go Vegan’ Trend on Campus/University Good for Climate Change? 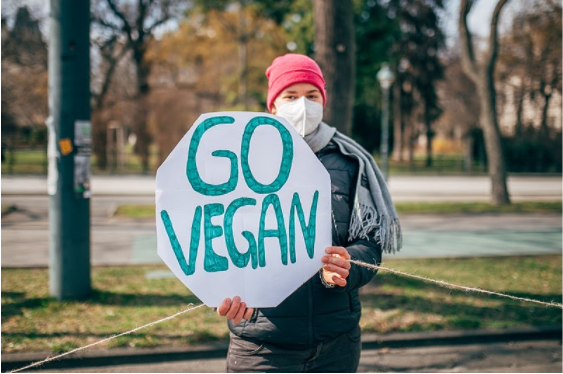 Veganism has become mainstream in the US, with around 3.5 percent of Americans identifying themselves as vegans. A 2014 Gallup poll recorded that about 5 percent of the population are vegetarian. The vegan movement is becoming popular due to its impact on the environment, animal rights, and personal health benefits.

Encouragingly, a growing number of college campuses are enforcing “Meatless Mondays,” which encourage their students to go vegan for one day a week. This can be done in many ways:

The “Go Vegan” trend in college campuses is a welcome move, especially considering the time when it is needed the most to fight for sustainable development.

How does being vegan help in tackling climate change? 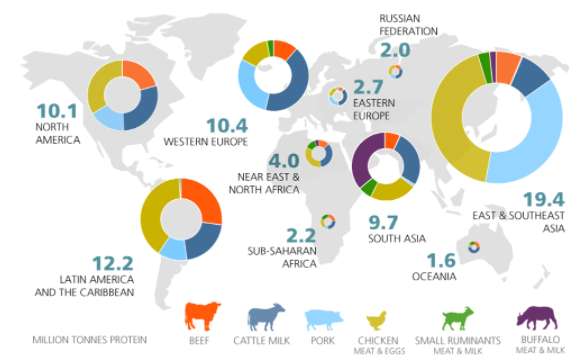 Cutting out meat and dairy products from our diet is a great way to cut down our carbon footprint.

In 2012, The Guardian reported that if everyone adopted a vegetarian diet it would save 7 million lives a year by 2050 and reduce greenhouse gases by two-thirds. It is estimated that the meat industry contributes nearly 15 percent of global greenhouse gas emissions – more than transportation.

Proportionally, the meat industry uses a massive amount of water – it takes an estimated 100 to 250 liters of water to produce just one liter of milk.

In addition, the farming and processing of animal feed is also usually very energy-intensive. Animal agriculture contributes nearly 15 percent of human-made greenhouse gas emissions, according to Goodland and Anhang, and provides 9 percent of human-derived calories.

Some regions bear a much larger share: for example, about 40 percent of agricultural emissions in Latin America comes from livestock, whereas 18 percent in Europe are from the meat industry.

Another major factor is methane production: livestock farts and burps huge amounts of methane, a powerful greenhouse gas. Methane is the second-largest contributor to global warming after carbon dioxide. One cow emits between 70 and 120 kg of methane per year, and approximately 7.5 billion animals are killed every year for food consumption in the world – a huge contributor to global greenhouse gases.

The most dangerous of the methane-producing animals is the cow, which produces 100 kg a day. These cows emit 190 kg of carbon dioxide into the atmosphere each day and 35 kg of methane, which is 23 times more powerful than carbon dioxide at trapping heat. It has been estimated that if all meat-producing animals were cut out of the agricultural industry, methane emissions would be reduced by over 25 percent.

In contrast to the popular belief that meat is a major source of protein, it can be argued that plants provide just as much protein and in some cases more. Some plant foods have even been found to contain more protein than beef. For example, 100g of tofu contains nine grams of protein, whereas 100g of lean beef only provides six grams.

Is veganism overrated as a move to curb climate change? 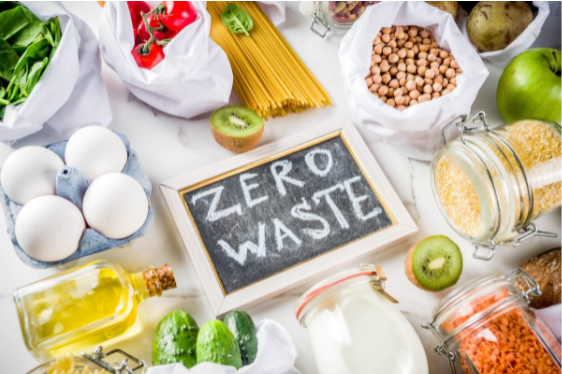 Veganism indeed has its own share of challenges. Many staple foods are animal-based. For example, many developing regions depend on dairy as a major source of protein and nutrients such as calcium for survival. It also becomes difficult to sustain oneself as a vegan in rural surroundings with little access to fruits and vegetables during seasons other than those that are being grown locally.

However, the trend of veganism is growing in many developing regions. The market for meat-alternative products has grown exponentially since 2013, with sales projected to double between 2015 and 2020. Many companies have already made efforts to ensure that all their ingredients meet vegan standards by 2020 – including Dunkin’ Donuts, Oreo, Hellmann’s mayonnaise, and Kraft Macaroni.

Encouraging a ‘vegan’ lifestyle on campus goes a long way in fighting climate change. However, this is not limited to veganism alone but should bring about a holistic approach towards sustainable living on campuses around the world. From reducing food wastage to increasing recycling efforts and even encouraging students to live closer to campus so fewer cars are used, there is much that can be done for the environment.

0 responses on "Is ‘Go Vegan’ Trend on Campus/University Good for Climate Change?"